Bring Mike Wazowski to life at your next party with this easy to make piñata. 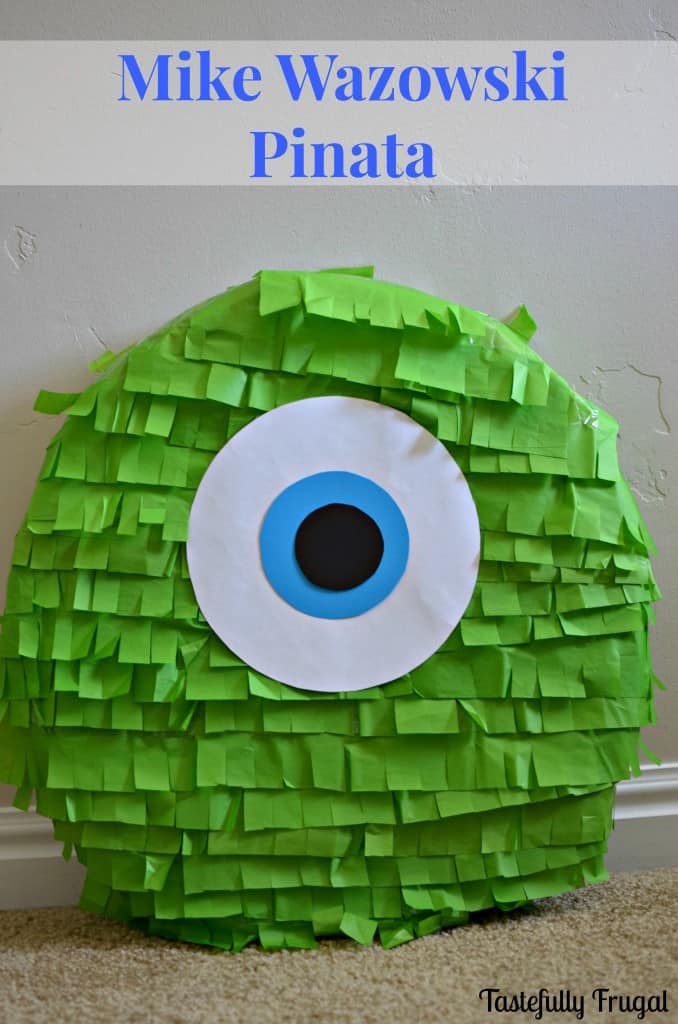 Have you ever made a piñata before? I know I made one as a kid with a balloon and paper maché but all I remember about it was how messy it was to put together. When I was planning Statham’s Monsters University Party and he said he wanted one I just had this vision of newspaper and glue all over our kitchen and freshly cleaned carpets. That wasn’t going to happen! But when he asked “Please” and gave me his puppy dog eyes I just couldn’t say no.

So off to Pinterest I went. I saw this tutorial from A Night Owl Blog for a piñata using cardboard and tissue paper instead of paper maché over a balloon I knew it would be a great idea. The best part… I already had everything I needed to make it at home! That means more money for the candy inside! And it took less than hour to make; which was perfect for this procrastinating mama who waited until the night before to make it. 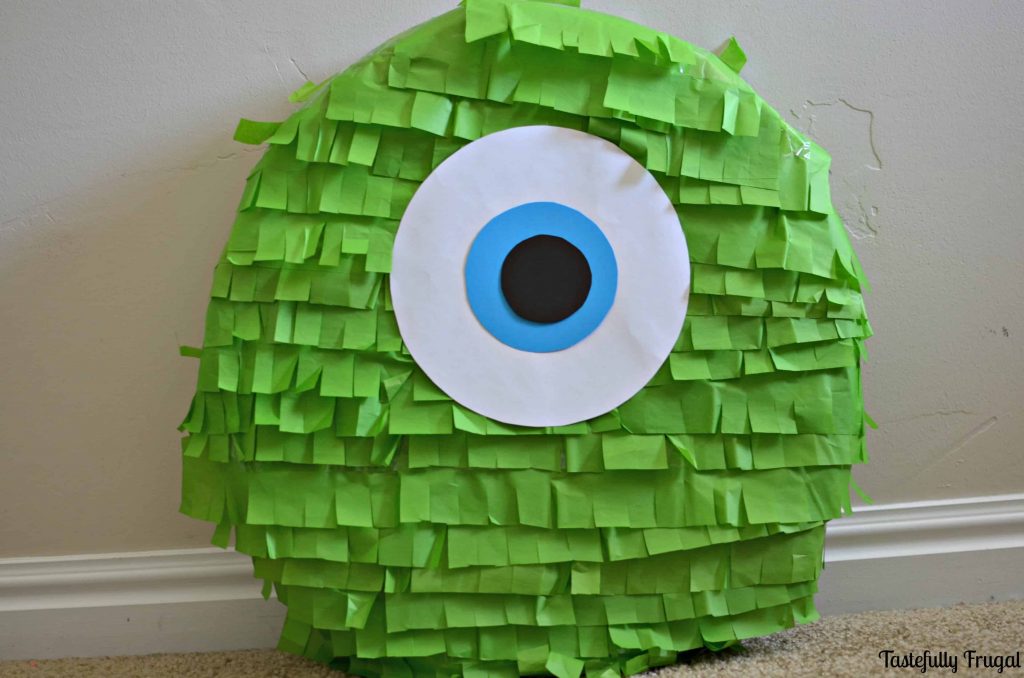 Decide how big you want your piñata to be and trace a circle with a circumference an inch wider than that. I wanted my piñata to be 14″ so I traced my circle to be 15″. The easiest way for me to do this was to but a piece of twine to half the width of you want (so 7.5″ and loop it around a pen. Place the pen in the center of where you want your circle, pull the string tight and then trace the circle as you pull on the string around the center.

Cut a 1″ strip twice the width of your circle. I cut two 15″ strips because I didn’t have 30″ of cardboard.

Cut your first circle and then trace a second circle from the first. Cut that circle.

Cut 1/2″-1″ slats all around the outside diameter of each circle. This makes it easier to fold over. Fold in slats.

One circle at a time attach the slats to the 1″ strip with the packaging tape.

Once you have one circle attached to the strip attach the other. Make sure to leave a small whole so you can add the candy.

Add the candy to the piñata and tape up whole. My husband also wrapped the whole piñata a few more times to make sure it was secure.

Cut 1″ fringe strips into tissue paper and tape to piñata in layers, starting at the bottom. Start on one side and once you reach the top flip it over and do the other.

Cut circles out of the paper. The largest circle should be white, then a smaller blue and smallest black.

Use tape to attach circles together to form eye and then tape to piñata.

Cut a small hole in top of piñata and attach with rope.

A quick note: The cardboard from the box we used was pretty heavy duty and after about 20 minutes of all the kids at the party (and some of the moms and dads) trying to break it open we had to cut a whole in the bottom so it was easier to break. Next time I will use a thinner cardboard. 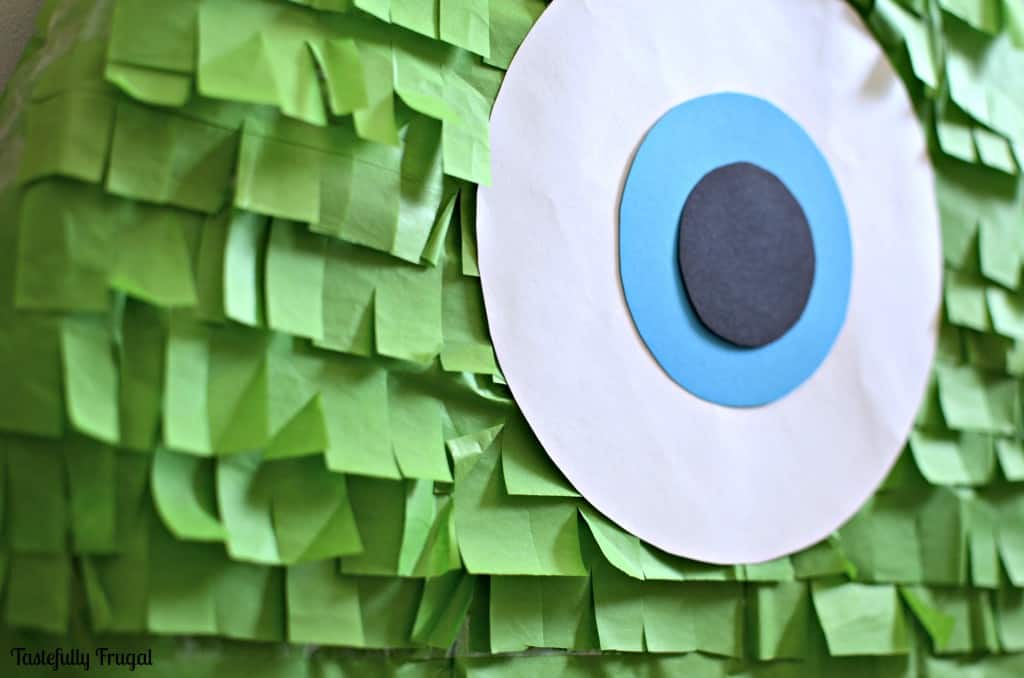 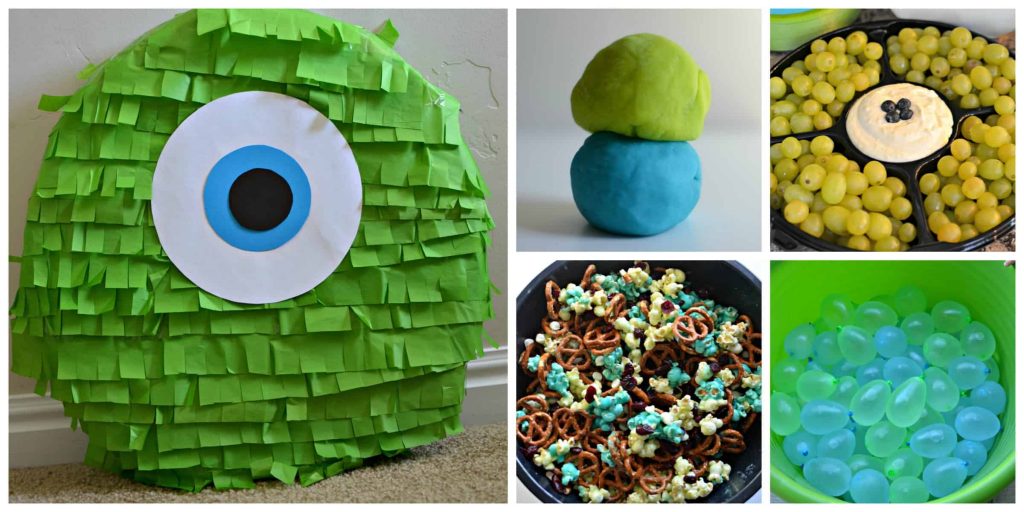 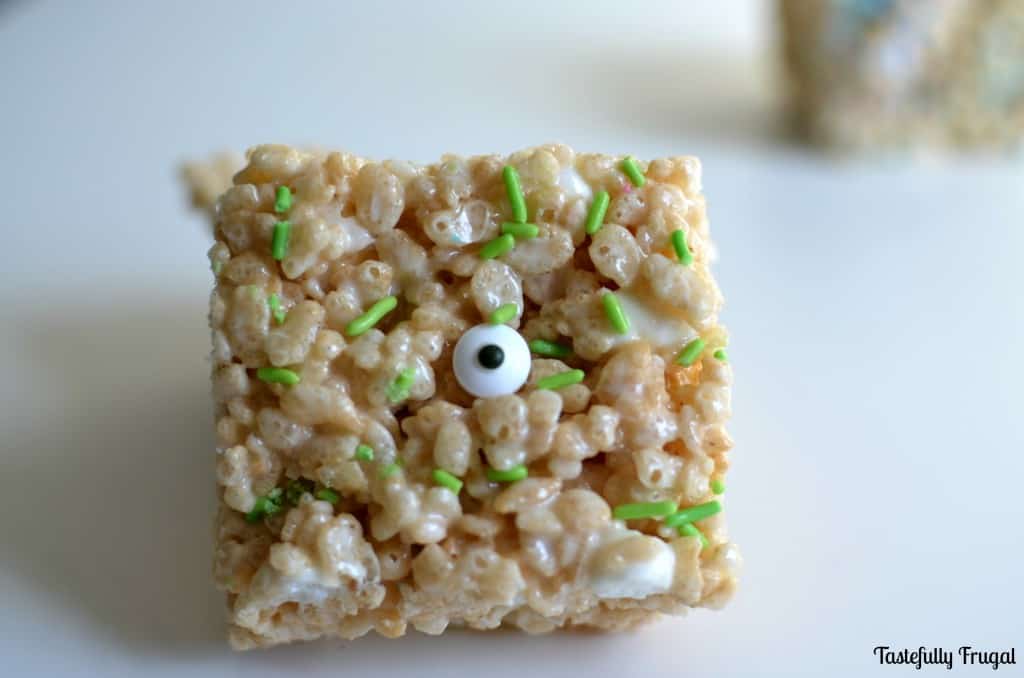 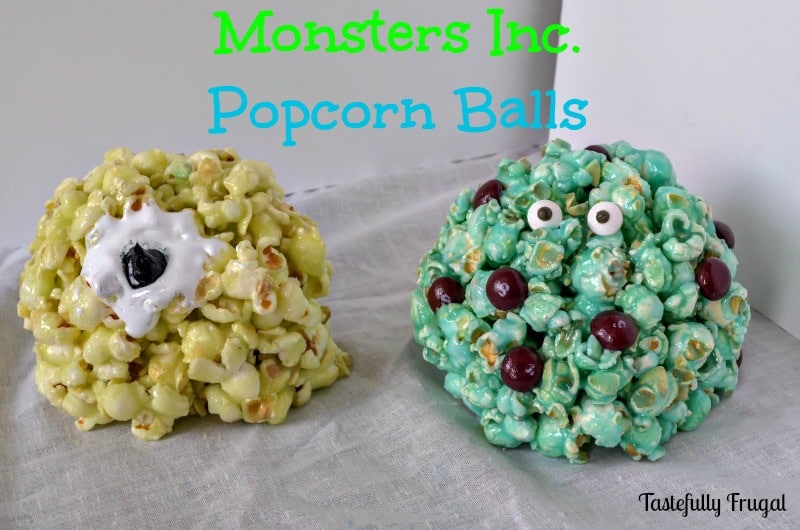 And don’t forget to check out all the other Pinterest inspired projects this month: 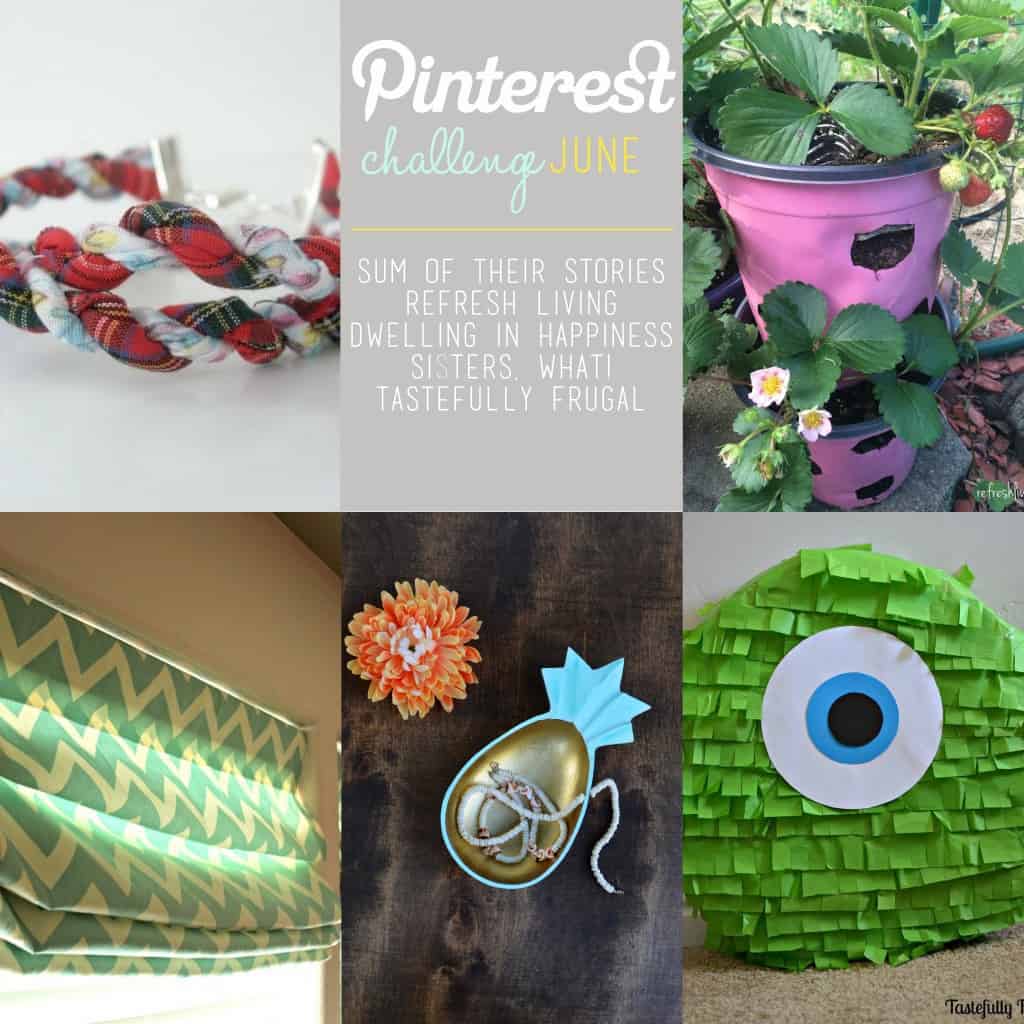