Put a spin on a favorite pasta dish by using spaghetti squash.

Hey there and welcome to September’s Monthly Ingredient Challenge! This month’s ingredient was spaghetti squash and I was a little unsure of not only what to make or how to make it. You see, this girl here is a carnivore; and it wasn’t until since I had kids that I started to open my eyes (and tastebuds) to the wide world of vegetables.

I’ve found that my boys really do like vegetables, especially if I add cheese to them, like the Parmesan Zucchini we have with almost every meal. But spaghetti squash; what do I do with that? I did some research and found it got the name because when it was cooked it could be pulled apart and look like spaghetti. So I decided to try this spaghetti carbonara recipe, a favorite spaghetti dish of ours, and substitute the spaghetti squash. Bonus: my boys had no idea they were eating a vegetable they thought they were eating plain ‘ol spaghetti. Bonus number two; there is bacon in it and EVERYTHING is better with bacon.

I have heard the spaghetti squash can be hard to cut. Luckily I have the best knife set ever, in my opinion, and cutting it open was a breeze.

Now that you have your spaghetti squash made it’s time to add in the tasty parts. If you’ve never had Spaghetti Carbonara before, it’s a lighter pasta brought to life with the flavor of bacon, garlic and parsley. It’s one the most cooked pasta dishes in our house and after it was gobbled down by the boys when I used spaghetti squash; I think it will quickly become one of our favorite vegetable meals too.

Now that you’ve seen how I cooked spaghetti squash check out these other tasty recipes using my new favorite vegetable! Click each picture to be taken to the recipe. 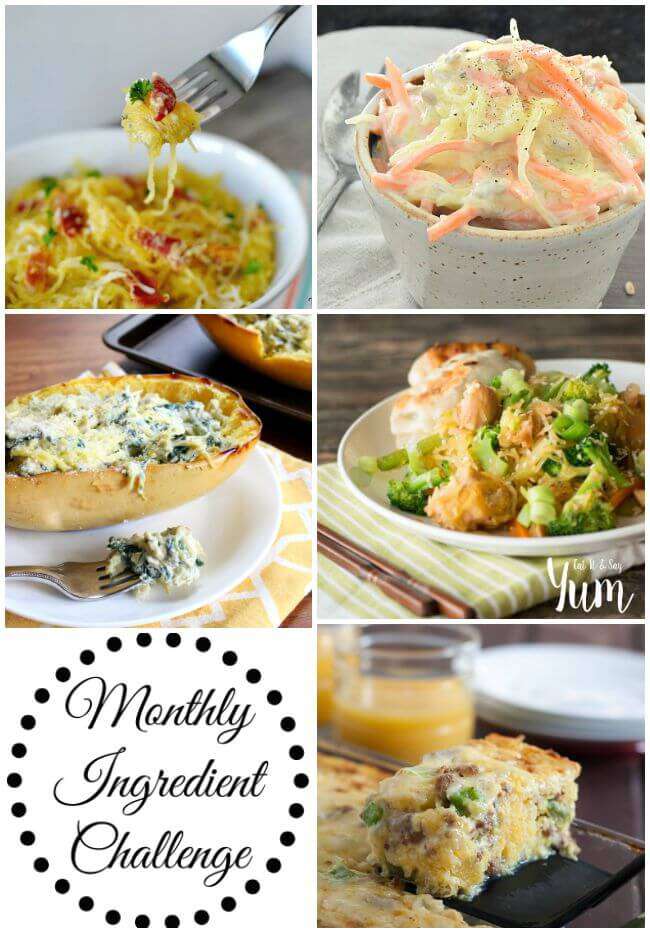 I’m Sydney, the creator here at Tastefully Frugal. I’m a mom to two crazy little boys and one little princess and married to the best guy around. My goal is to help you do more with the money you have. From recipes to meal plans, crafts to organization tips and more! Read More >>>