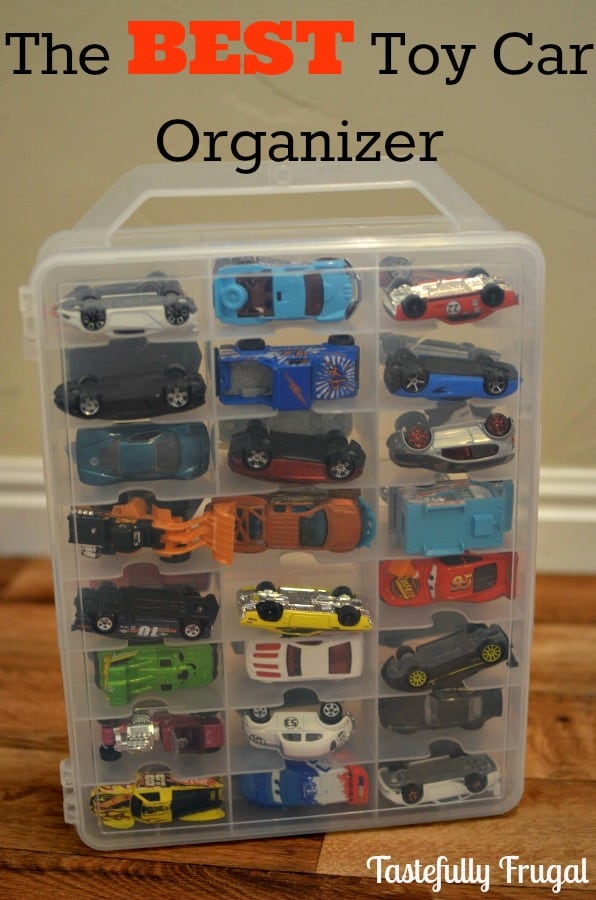 If you’re a boy mom, like me, inevitably this has happened to you. You wake up in the middle of the night to go check on your kids, or to adjust the thermostat, and BAM out of nowhere you have this stabbing pain in your foot. What did you step on? Oh yeah, one of the 5 million Hot Wheels cars lying around. For me it happens more often than you think; even in the middle of the day. You see, my boys (and their dad) have a little bit of a car problem.; to the tune of almost 400 of them! (And my oldest isn’t even 3 yet.) While I don’t mind buying them for them, (paying $.97 for a car is much better than paying $20 for a video game or other toy) I don’t really enjoy having to tip-toe around my house every day trying to avoid their evil murder plots. Ok, Ok, I know they aren’t trying to kill me, but sometimes it seems that way with all the strategic places they hide those things! 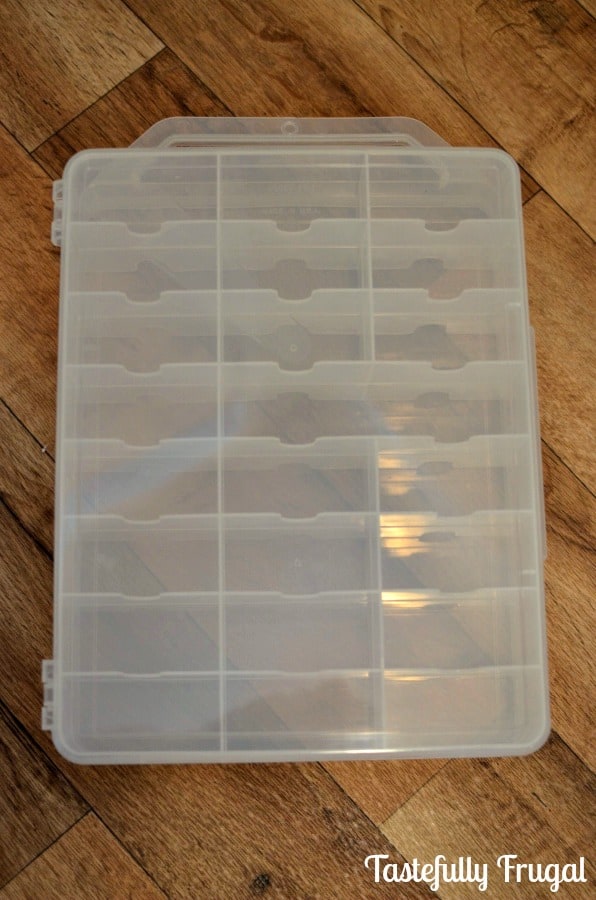 About 6 months ago I told my husband we had to come up with a better way to clean up the cars. At that point we were throwing them in a square crate, but that wasn’t working because they were always falling out the holes as I was moving them and the cars were getting broken. And if the car wouldn’t drive how it was supposed to a meltdown quickly followed. I knew their had to be a better way. One day while we were at WalMart he saw these thread organizers. They were the answer to my prayers! Since we had a car in the cart, of course we have to buy one every time we go to the store, we opened the package (making sure not to damage the barcode so we could still pay for it) and it fit perfectly. We bought three that day and quickly filled them up. 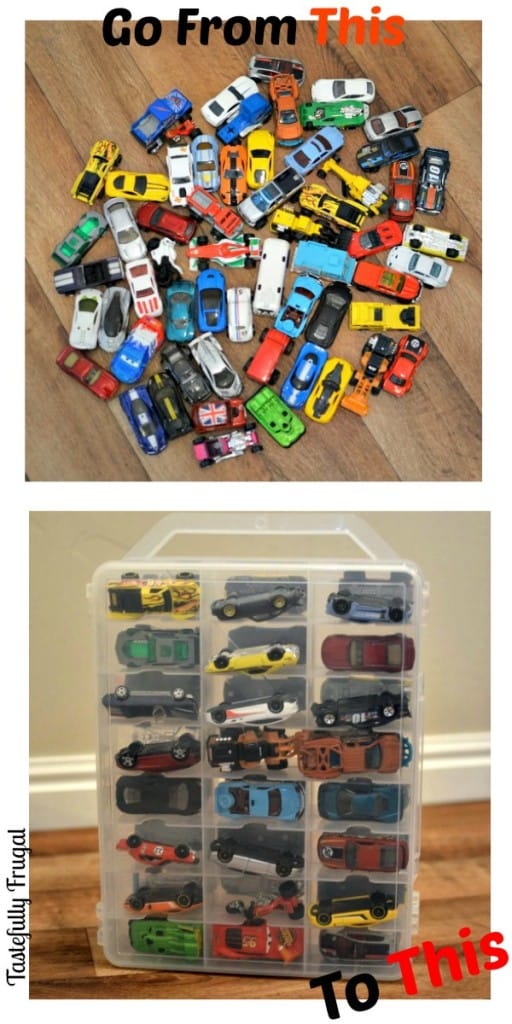 These containers are perfect because they are just the right size to fit the majority of Hot Wheels or Matchbox cars and because they have one space that is twice as wide as the rest we are able to fit the trucks in there too! Each box can hold 48 cars if you place them one per compartment, or up to 96 if you double them up (which we’ve done before). These car organizers are super sturdy too, they’ve been dropped, thrown and jumped on and they still are holding strong. With the handle on top they are super easy to carry too! 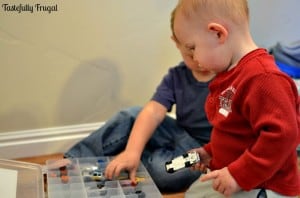 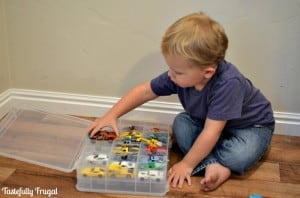 One of the added benefits to having the cars go in these carrying cases is that the boys actually don’t mind cleaning their cars up now. They like being able to put the cars in the “right” spot. And you better believe they have a system of which car goes where. Now if only this want to clean and organize survives through their teenage years! So if you are having the same frustrations as me when it comes to cars everywhere, go buy 2 or 3 (or 6 or 7 in our case) of these Thread Organizers and keep your mind, and feet, happy. 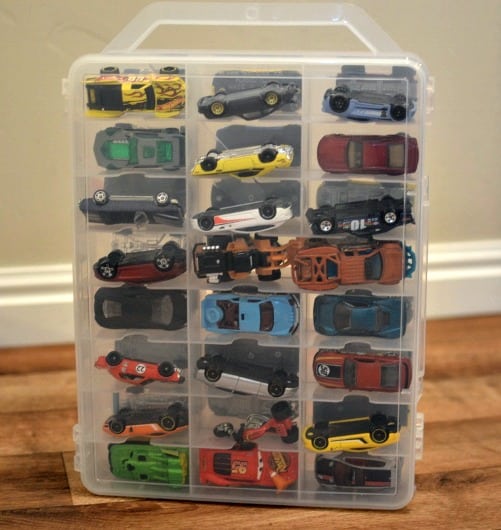 « Talented Tuesdays #11
10 Reasons Why You Should Eat Grapefruit »